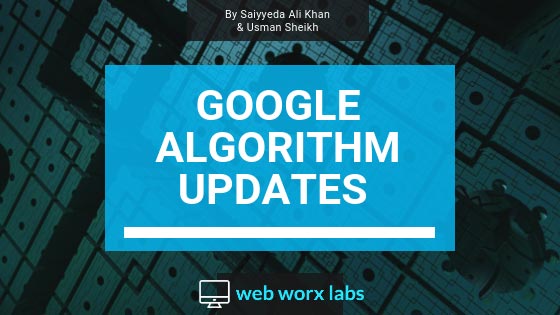 Last Updated on 1 year by Google algorithm is a term known by all of those who are in the realm of internet marketing.

However, those not familiar or in the industry may not be aware of its importance.

In today’s world, having familiarity and knowing how it can impact a company’s top or bottom line is an essential step in doing a strategic assessment and risk management.

Not staying up to date can impact a company’s organic search ranking, visibility, traffic, conversions, revenue, and finally, income.

The point is, it’s all connected.

Let’s get into what the heck is a Google algorithm and how you can safeguard your business from it.

To understand Google Algorithm updates, you first have to understand what an algorithm is.

An algorithm is defined in several ways. Here are a few of them for you to understand it better.

Algorithms are a set of rules for solving a problem in a finite number of steps.

So it is a big sophisticated computer program using a set of commands to perform a particular task.

This still doesn’t explain it, does it?

Let’s switch gears to apply the concept to a more well-known example of an algorithm that is used by billions daily “Google”.

So what is the Google Algorithm?

Here is how Encyclopedia has defined Google Algorithm:

“The formula Google uses to rank the resulting Web pages from a user’s query.”

Google algorithm is responsible for 80% of all searches done on the world wide web.

This algorithm is adaptive and offers a wide range of personalized results.

It keeps adjusting the results based on the behavior of the users.

Following a strict criteria, it evaluates all the web pages it has indexed to ensure the user gets the best possible answer from the billions of web pages out there.

And it does this in a fraction of a second with tens of thousands of queries a second.  That is a crazy piece of tech.

Google continues to update its algorithm all the time,  which can affect search engine results – and thereby, your site’s traffic.

In one way, Google is the traffic police!  You have to comply with its strict search content criteria for your pages to rank.

You can comply knowingly by managing your SEO efforts (or have someone manage it for you), or you can simply be ranking without knowing unintentionally.

However, it is important to brace yourself because the Google algorithm keeps updating regularly.

The search algorithm of Google is reportedly changing around 500 to 600 times per year and releases significant algorithm changes that have a substantial impact on the Search Engine Results Pages (SERPS).

Pro Tip: If you want to get into much more granular changes for Google – stay up to date with Search Engine Roundtable – where the SEO community tracks all the significant changes and reports on it regularly by the excellent work done by Barry Shawrtz at seroundtable.com.

However, we will spell out the most significant updates for you to look for when looking to understand the Google Algorithm updates better.

But what are these changes, and why Google keep releases new updates quite often?

Well, to help you understand the significant algorithm changes of Google in the past, we’ve enlisted all the critical updates and revisions of Google Algorithm.

Panda was designed to target the poor quality sites that made their way on the top of Google’s SERPs.

Sites with poor user experience can be hit by Panda too.

Google’s Penguin update was announced on 24 April 2012, which aimed to reduce the rankings of those websites which violate Google webmaster guidelines.

They did this by using the techniques of black-hat SEO, a practice entirely against search engine guidelines.

Penguin is a part of Google’s core ranking algorithm since late 2016, which means penalties are now applied faster than before, and recovering from penalizing also takes less time.

This search algorithm has a codename of “Hummingbird” was announced on 26 September 2013.

Google named this algorithm hummingbird because of being “precise and fast.”

The specialty of penguin is that it provides the best results by understanding the meaning behind the words searched.

There are two significant hazards you need to avoid one is exact-match keyword targeting, and the other is keyword stuffing.

Know all about the  Google Hummingbird algorithm here.

The pigeon was launched on 24 July 2014, to increase the ranking of a local business listing in a search.

This algorithm created closer ties between the local and the core algorithm.

In this algorithm, the same practices and factors can be used to rank local and non-local Google results.

Do you know why this algorithm was called “Pigeon”?

Well, its because Pigeons tend to fly back home.

And so does this algorithm after having a substantial impact on local search result rankings.

FYI – Does anyone notice a “P” theme going with these updates is it just me (wait Humming Bird update was not a “P” theme)?

The Mobile-friendly ranking algorithm was launched on 21 April 2015.

It was designed by Google to give a boost to mobile-friendly pages in mobile search engine results.

The site version appears on desktops might get challenging to use or even view on mobile devices, and the number of mobile users increases day by day.

So, Google to improve user experience launched a mobile-friendly ranking algorithm to give priority to those websites that appear well on mobile devices.

A site can be checked through a tool that tells either it is mobile-friendly or not.

In this digital era, piracy has become a significant issue.

However, to demote pirated sites to appear in search engine results, Google introduced the “Pirate Update.”

The main intention behind this algorithm update is to prevent sites that have received a large number of copyright infringement reports from ranking well in Google listings.

This filter is updated periodically and also catches the new pirated sites, which somehow manage to escaped before being caught.

EMD aims to prevent site and pages with the poor-quality content from ranking.

Its because they had words that matched search keyword terms in their domain names.

This small algorithm change has reduced low-quality exact match domains from showing up high in the search results.

Remember, there is no such problem with EMDs.

However, they could be a sign of a spammy for the website whose URL exactly matches with a search engine query.

RankBrain is a machine-learning artificial intelligence system launched on 26 October 2015.

It helps Google to determine the most relevant results in search engines.

This allows Google to become as smart as a human being in the sense of acquiring knowledge and can somehow summarize what a page is about.

The primary function of RankBrain is to identify query-specific relevance features of a page and then arrange the result in SERPs according to it.

Google launched “Top Heavy Update” in January 2012, to prevent the sites which are top-heavy with advertisements from ranking well in search result listings.

This algorithm affects the sites with less amount of content or if there are many ads displayed beside relevant content.

Because of the advertisements, these sites are too distracting for users. Hence, they are not user-friendly at all.

This distraction is because of too many ads that also influence their ranking.

Also, make sure that you keep yourself up to date with the changes in algorithms with time because you never know Google is always ready to surprise you.

Can you see a pattern here?  What do all these changes have in common?

Google is trying its very best with every update to help the user experience on its search engine be the most reliable and simple for the end-user – the searcher.

If you add up all those searches, the one item common in all of them is that it is trying its best to enhance the reliability and relevancy of its search results.

This change was to provide users with answers for questions better that they type each time they use its search engine.

The stronger the site that follows these practices, whether it is good content, high speed, and not spammy links – the better it will rank in Google’s search results.

Its logical and programmatic approach to help Google continue to dominate the market share it has.

Google wants to reward good sites and penalize the sites that have spamming or shady practices.

They want to improve the overall customer experience with this.

It knows the stronger the relevancy and reliability of the search results, the more likely the users will continue to stay on its engine.

The more people use its search engine, the more ad revenue it can make (as that is its primary source of monetizing the search engine).

In our practice at Web Worx Labs, we have seen national and internal organizations become penalized because they do not stay up to date with these changes or are using less than white-hat SEO practices.

Our advice is that you design your site to meet all the requirements of at least the above.

Also, stay within the “spirit” of the enhanced user experience for your target customer.

If you are wondering that what caused your website ranking to fall, feel free to contact us for a consultation and site audit.

Or you can do a FREE Site audit yourself on our page.

We are always looking forward to helping business owners and marketers with their website rank and visibility.

So what do you think?

Is there an update we should mention that you think we missed?

Let us know in the comment section, and if it is cool or fits, we will make sure to add it to our list! 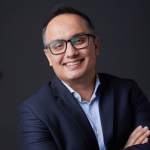 Usman Sheikh
From a start-up helping local small businesses, over a span of 5 years, Usman has built Web Worx Labs to be a leading provider of digital marketing solutions that employed 15+ full-time employees and had customers in over 30 countries.

Outside of work and his passion for all things digital, Usman is a proud father of three, loves running and is an avid reader.

Web Worx Labs Inc. is a full digital marketing agency. We specialize in the development, marketing, and analytics of small and medium-sized businesses. We truly believe and take pride in taking a partnership approach with all our clients. Call us today to get a beautiful design backed by strong insights to help your business reach new heights!